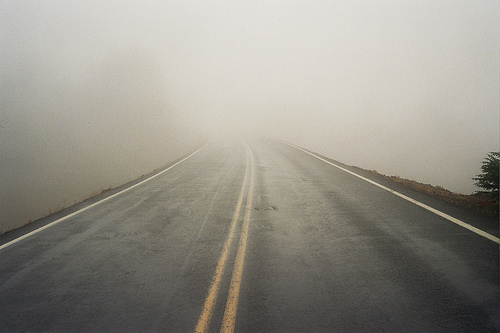 My goal of going to bed early hasn’t worked out so well so far. Except for the one night I fell asleep on the couch at 6PM and didn’t wake up until 3AM. Then I panicked because I had so much work I didn’t get done. Crazy, huh?

Since then I’ve been playing catch up. Lots of late nights, then getting up early to get Sophia ready for school. I’ve curled up with Jaxson during his naps on most days, but I know my body can’t continue this way. Even with coffee. Thing is, I love what I’m doing. I don’t mind the late nights, the writing, or any of the other projects I’m working on. It’s fun. I meet some awesome people doing what I do and I get to try out cool new things. Throw in the occasional Passion Party and that’s a pretty full week.

I know I’m feeling this way because I’m sleep deprived. Right now my journey is hard. Earlier this week Jaxson spiked a fever and has been a cute but sick, clingy boy who wants his mommy. Understandably so.

People say as long as the journey is a good one, the end result doesn’t always matter. This week, I wonder, is my journey worth it? Do I even know what my destination really is? Not just a hazy, I want to be successful at XYZ, but specific goals. Every night I toil away at my desk. I play around on Twitter too, but that’s my relaxation, my connection to the outside world. When you’re working in social media, Twitter really isn’t just playing, right?

Maybe this is a sign I’m close to burn out. I can’t keep doing what I’m doing and expect my body and mind to hold up. Days off seem few and far between. Because of hubby’s work schedule and Sophia’s school, the only day we’re all together is Saturdays. I pretty much stay offline on Saturdays. But one day a week isn’t enough for us. I think we’re starting to feel disconnected. Admittedly, our Saturdays so far have been a blast.

I’m rambling now, but I guess it’s time to spend an entire day for just me. No work, offline. I feel so guilty for doing so. I shouldn’t, but you know how sneaky that mommy guilt is.

I’m also going to grab my binoculars and my 2012 Goddess Guidebook so I can figure out what my destination(s) is. I need to be able to lust for my destination when the journey seems tough. To remind myself what I’m working towards.

Whoever came up with the term work-life balance was fantasizing. Even more elusive is that balance between me as a mother, me as a wife, me as a business owner, and me as just me. One of those me is always at the bottom of the list.

I’ll stop rambling now. Sophia has requested crepes for dinner, after our visit to a crepe stand. It’s been so long since I’ve made crepes, but it’ll be fun to cook together. Then tomorrow is our family day and Sophia has asked for an adventure. I’m not sure what she has in mind, but we’ll have fun finding out!