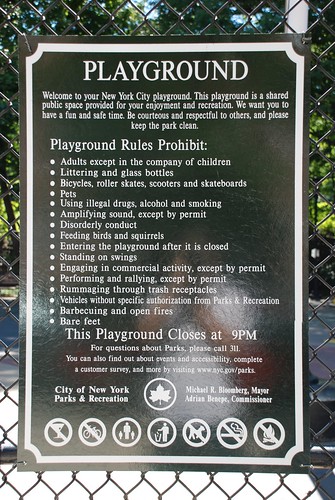 Growing up, I wished someone had given me a manual on how to be American. Some Do’s and Don’ts.

When I was 8 years old, my parents moved us from the a small city to a pretty rural area right outside the city. They were excited about owning their first home. Before moving there, my grandparents took care of us while both of my parents worked. For the first 3 years of school, I attended an elementary school up the street from my grandparents’ rental.

So the move also meant a school change. I went from playing mostly with other Vietnamese American kids (most of them native speakers and first generation like me) to a school system where my sister and I were the only Asian students. We were the only  Asian-American family in the entire county.

Talk about culture shock for both sides!

I remember walking in my third grade class and my teacher could not pronounce my name, Thien-Kim, no matter how many times I repeated it. I gave up after the third or fourth time and  she ended up calling me Tie-Kim because there was already a Kimberly in the class.

I remember black students touching my hair in awe, asking me how I was able to get my hair so straight and soft.  Both black and white students asked me to choose sides: Do you consider yourself black or white?

How was I supposed to answer that question? I guess those types of questions were expected as I was probably the first Asian person these kids had ever met.

The hardest part about growing up in that environment was trying to figure out to not stand out. I was never in the cool crowd. I’d be lying if I said I never did. It was hard not being able to participate in what every American girl has probably experienced.

I wasn’t allowed to go on sleepovers. My parents didn’t understand why I should stay over at someone’s home if they weren’t family. I had to beg to attend a pool birthday party. And I was only allowed to stay for a couple of hours and not allowed to get in the water. We didn’t listen to the radio. My parents listened to Vietnamese pop music. We never ate at restaurants where someone waited on us. McDonald’s was a treat.

Don’t even get me started on clothes! My mom was all about practical and bought me clothes that she would probably wear. I felt totally unhip. My mom didn’t understand school dances: homecoming, prom, Sadie Hawkins. I had a crazy early curfew.

I remember growing up feeling so embarrassed that I was Vietnamese-American. Maybe a list of Do’s and Don’ts would have been helpful. Or at least I would know what to expect.

When my friends find out I’ve never seen Pretty in Pink or Ferris Bueller’s Day Off or some other pop culture stuff, they’re aghast.

Looking back, I don’t feel like I missed out. Those experiences have shaped who I am. And I like me.

This post was inspired by the online book club From Left to Write‘s March book, Mr. Rosenblum Dreams in English: A Novel by Natasha Solomons. Head there Tuesday to read more posts inspired by this book. I received a review copy of this book.