Did you grow up watching Mr. Roger’s Neighborhood? I loved the show. Fred Rogers never talked down to me, took me to imaginary worlds and showed me how crayons were made! (By far my favorite how things are made videos is the crayon.) I’m glad that my kids are able to “meet” Mr. Roger’s through repeats of the show.

For a new generation of preschoolers, PBS Kids will be premiering a new show inspired by the world created by Fred Rogers. In Daniel Tiger’s Neighborhood, preschoolers are invited to a kid’s eye view the everyday adventures of Daniel Tiger, son of Daniel Striped Tiger. The animated series premieres this Monday, September 3rd. (Check your local listings for times)

As a PBS Kids VIP, I received a sneak peek of Daniel Tiger’s Neighborhood. The first episode is about Daniel’s Birthday. My kids’ birthdays are in November (I didn’t plan that too well), but Sophia is already trying to plan her birthday party. It’s a sign, right? What little kid can’t relate to a birthday celebration? Daniel Tiger’s birthday party preparations don’t go exactly as he wanted. It’s especially bad when (SPOILER ALERT) his cake gets a little smushed in transit.

What’s a Tiger to do? Daniel (and my kids) learn that their attitude can change their mood. Daniel sings the very catchy  “When something seems bad, turn it around and find something good!” song to cheer up. Be warned, if you click on that link, the song will be stuck in your head all afternoon! Both Jaxson and Sophia (who is older than the targeted 2-4 year old audience) had watched the one episode repeatedly. Sometimes they just hit play right after the credits and watch it all over again.

I had no idea how Daniel Tiger’s experiences influenced my kids until one day at dinner. Jaxson, my almost 3 year old, wasn’t behaving well at the dinner table. I might have threatened to deny him dessert. Usually he gets mad, yells, and attempts to knock something off the table. One evening, instead of throwing a tantrum, he started singing: “When something feels bad, turn it around and find something good!” It wasn’t the words verbatim, but he remembered what he learned. Dinner went much more smoothly afterwards. Yes, he did get his dessert. 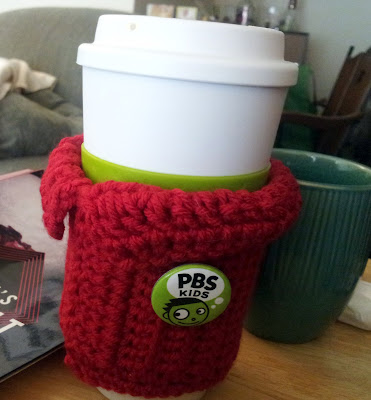 I’m looking forward to watching new episodes with Jaxson. We’re going to learn a lot together. Oh, and Daniel wears a super cute red sweater. Check out my decked out coffee cup. 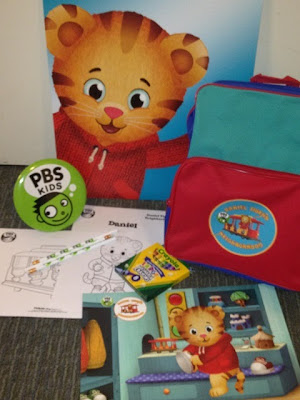 As a PBS Kids Very Important Parent, I received a screener of Daniel Tiger’s Neighborhood and that awesome travel mug and cozy.