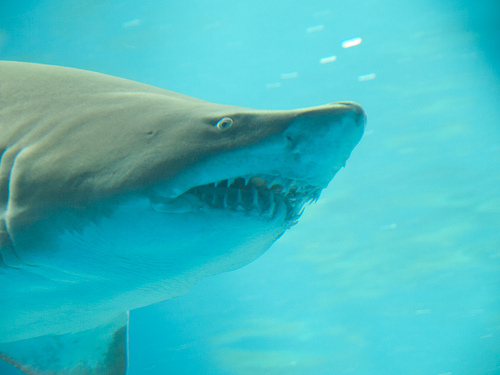 “I want to bite Sophia!” my toddler yelled the other day. I could see his inner demons fight over his desire to bite his big sister.

Having my kids almost exactly four years apart means I’ve blocked out all the difficult times during Sophia’s terrible twos. My husband and I frequently ask each other, “Was she this rambunctious/loud/bitey/defiant/(insert currently toddler activity here) at this age?” I guess it’s probably good that we’ve blocked it out. We can focus on his biting and hitting and deal with it based on his personality.

Our first instinct was to tell him “No!” or “Don’t!” when he bit or hit his sister (or me or his father). Jaxson just gave us his cute devilish look and laughed, as if biting his sister was the most hilarious thing he’s ever done.Then bite some more. It was frustrating. I tried frowning and telling him how much it hurt me when he hit or bit. Poor Sophia. She would cry in pain but never retaliated. She loves him too much to hit her brother.

Now I’ve changed tactics. Modeling myself after Lisa Patricelli’s board book No No Yes Yes, I tell him that biting is bad.

“Bad!” he replies. He’s still biting, but I’ve noticed that sometimes he’s able to stop himself even if he really really really wants to bite.

That he gets. Go figure, right?