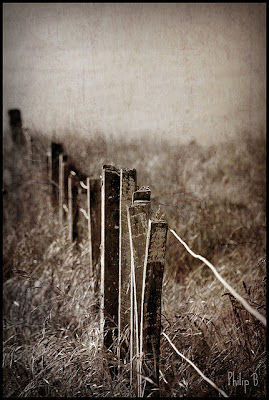 Growing up first generation Vietnamese American, I never felt like I fit into either culture. I never felt Vietnamese enough around my cousins and never ever felt American enough with my classmates.

After hearing Gustavo Perez Firmat’s interview on NPR in their story For a Bilingual Writer, “No True Language,” I had no idea that being bilingual might feel like a burden as well. Perez Firmat even reads a bilingual poem. It’s really fascinating. He can only curse in Spanish and only feels comfortable telling his children “I love you” in English.

Even though I spoke only Vietnamese until I began kindergarten, I’m much more fluent in English. Like Perez Firmat, I never feel like I truly belong when I’m around most Viet people. Say, like the women at the nail salon where I get my nails done.  Part of that has to do with my insecurities of my Vietnamese language. The other part is that I worry they’ll think I’m a fraud because I’m married to a black man. We talk in Vietnamese, but when I’m there with Sophia, I can tell they treat me differently.

I don’t think my kids will be as fluent in Vietnamese as I am unless I put them in classes and expose them to the language even more. I do my best but they will still hear English much more often. However, the fact that they’ve heard two languages since they were babies offers them an advantage, according to the New York Times article.

When I first told my pediatrician that we were speaking both Vietnamese and English at home with Sophia, she warned me that kids who hear two languages will have a language delay. Thankfully, I learned that was a myth according to The Bilingual Edge: Why, When, and How to Teach Your Child a Second Language. Authors Kendall King and Alison Mackey suggest that learning different languages at young age can wire kids brains different. Because each language has different sentence structures, children who speak 2 or more languages can think outside the box better than children who are monolingual. If you’ve ever spoken with Sophia, you’ll realized that she never has any problems with words! Jaxson has become quite the chatterbox himself.

The NY Times article also talks about how babies learn to tune out other sounds so they can learn the language their caregivers are speaking to them. They call it “neural commitment.” It makes sense doesn’t it? I know this is important with the Vietnamese language because it’s a tonal language. The tones, for those who aren’t familiar with them, sound very similar. Hubby can’t always tell them apart. After living with me for so long, he does catch some of them.

Tones are very important in Asian languages. If you use the incorrect one, the entire meaning of the word changes. You could be insulting someone and not even know it!

I hope that my kids won’t feel they are straddling two worlds because they are bilingual. Living in the Washington, DC metro area will help too. In our neighborhood, we have plenty of Spanish speakers, both kids and adults. There are plenty of parents who enter the lottery so their kids can enter our public school system’s language immersion programs. Speaking multiple languages is normal and held in high esteem here.

Are you bilingual or multi-lingual? Do you feel like Gustav Perez Firmat-straddling two worlds?