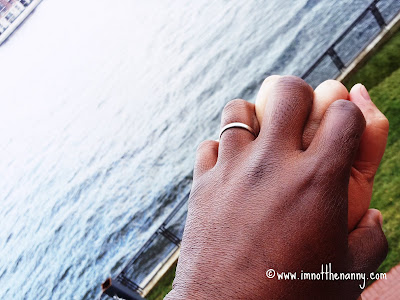 I’ve written extensively about my experiences as a Southerner. I was born in Baton Rouge, Louisiana and grew up in a small rural town outside of the state’s capital. You can’t avoid race there. It affects everyone, young and old.

My good friend Jennifer pointed me to a video series from the Baton Rouge Advocate, titled Living Interracial. The project is comprised of video interviews of 11 interracial couples, four stories and two photo galleries. Watching all of the videos made me very emotional. Partly because I empathize with struggles and resistance the couples faced. Partly because they still experience backlash because they fell in love with someone of a different race. Some of the couples were only recently married, in 2011.

The video above is of Bernell and Kristy Smith. Bernell and I attended high school together, though he was a year ahead of me. I didn’t really know him, but in a community as small as ours, you sort of “knew” everyone. I do remember that he’s always had a great sense of humor.

Watching Jeffery Braxton speak about his wife Vivian’s stepson reaffirmed my decision not to raise my kids in Louisiana. Vivian’s son is mixed, Asian and African American. His stepson was bullied because of his looks. Jeffery tells his stepson that when others look at him, they see him as black kid. Even if his mother is Asian. That could easily happen to Sophia and Jaxson if we were living in Louisiana. It’s a lesson I’m not ready for my kids to learn. There’s an eye opening story about the unique challenges mixed race kids face in the South.

Warren and Sherri Crockett plan their lives a bit differently. Warren shares that they don’t take any back roads or stop at mom and pop shops when they travel. They don’t want to take any chances of being harassed. The don’t say it, but I have a feeling that they still experience that kind of harassment. I remember getting funny looks from people when hubby and I would stop to get gas or grab food from a fast food joint. Like my husband and I, Warren and Sherri kept their relationship hidden for a long time. They wouldn’t hold hands in public. When my husband and I went out together in Baton Rouge, I would only hold his hands only if I was sure that no one from my family would be there.

I’m very impressed that The Advocate put together this project. These couples are very brave to share their story publicly. The range of couples is very diverse: young, old, newlywed, etc. Some were born and raised in Louisiana, others moved there as adults. They even interview John and Carol Zippert, who were Louisiana’s first interracial marriage.

Do you think their experiences are unique to the South?